Padelbond and the KNLTB are going to work together again!

The bullet is through the church, the Padelbond and the KNLTB are going to work together again.

After the collaboration ended in January 2017. Are they going to try again to merge the competition of the two associations. For you as a competition player, that no longer means that you have to go to the other side of the country to play a game of padel. In addition, the growth of the number of padel courts in the Netherlands is continuing steadily. There are currently almost 350 padel courts in the Netherlands. Below is the coverage of the Padelbond from their website. 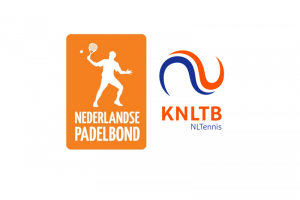 The Dutch Padel Association (NPB) and the Royal Dutch Lawn Tennis Association (KNLTB) are in good spirits in talks to put padel on the map in the Netherlands together. A first step is a joint competition calendar for competitions and tournaments in 2020. This provides clarity for all padel players and allows them to play more matches in their own region and at their own level.

Padel is becoming more and more popular in the Netherlands. This is also apparent from the research of the Mulier Institute; padel will be the fastest growing sport in the coming years and has everything it needs to become bigger, especially if two involved associations like the NPB and the KNLTB join forces. Padel is a sport for all ages, accessible, easy to learn and has a social aspect.

In order to steer this rapid growth in the right direction, the KNLTB and NPB will collaborate on the organization of this sport. At the moment, both organizations work independently of each other, resulting in a double competition. This will change from 2020, partly because both parties expect the number of padel players to grow to 100,000 players within a few years.
The competition calendar can be presented at the end of November, according to schedule. This competition calendar is a nice first milestone of the collaboration.

Erik Poel, general manager of the KNLTB is happy with the collaboration: “This is a great step for padel sport in the Netherlands. The sport is popular and growing fast. The number of padel courts and players is increasing rapidly, especially at tennis clubs. The NPB and KNLTB now both organize various competitions and tournaments. This causes a lot of confusion and misunderstanding among the players. It’s great that we can now clarify this and set up a joint calendar. That is ultimately the best for the padel player and our associations. And that is what matters to us.”

What are the rules during a pa...

Padel can be a dangerous sport...

April 10, 2021 0
Since 09-04-2021 Padelstore has passed the inspection of Stichting WebwinkelKeur. This means that Padelstore complies with all the most important... Continue reading

Padel can be a dangerous sport!

November 19, 2019 0
The former defender Carles Puyol of Barcelona can say this. Last summer he went to extremes during a game of... Continue reading

What are the rules during a padel game?

August 18, 2019 0
The rules of padel game Are you going to play padel for the first time? Then it is useful that... Continue reading